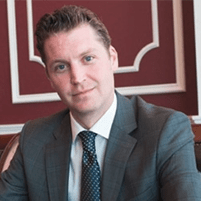 Michael C. Kane founded 423HURT with a wealth of legal experience and a background in science. “Knowing medicine gives you a leg up. It’s certainly helpful to know the science and the mechanics of an injury.”

Michael is a native of Iowa (his dad worked for Deere & Company). He merited a bachelor’s degree in 2003 in biochemistry and cellular and molecular biology from Drake University in Des Moines, Iowa. While an undergraduate, he was part of a surgical research unit whose work was published in a medical journal. He received his law degree from Drake Law School in 2006, after completing an internship in Istanbul, Turkey.

Drake’s strong alumni network drew Michael to Las Vegas, where he first worked on the defense side of the aisle, representing insurance companies. He soon shifted to representing the injured and families instead. He founded THE702FIRM Injury Attorneys in Las Vegas, Nevada in 2013.

“We accept cases other firms would turn down because they’re too complicated, or they couldn’t see a way to prevail. However, we get creative and find what it takes to resolve them.”

Michael looks forward to going head-to-head with insurance companies attempting to devalue or deny one of his clients’ claims. He excels at implementing powerful cross-examinations of experts and has procured many substantial settlements for his worthy clients.

Michael and Bradley J. Myers serve as the lead attorneys on all personal injury cases. They pride themselves on free and open communication with all clients while assisting all in their times of need.

“After an accident, a client’s entire life often changes. They come to us and put their confidence in us to help them make it right.”

The prestigious rating service Super Lawyers  named Michael a “Rising Star” in 2009 and from 2017 through 2020, which is based on nominations of his peers, evaluations by peers, and independent research. Additionally, the American Institute of Legal Counsel named Michael to its “10 Best Under 40” list of highly-skilled lawyers.

When Michael isn’t in court, he’s an avid skier, enjoys golf, tennis, and spending time with his two children. 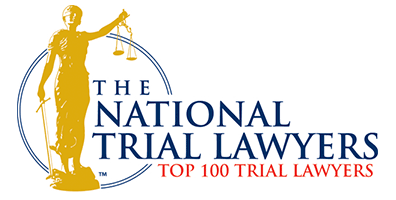 We'll analyze the details of your case and explore your options to get the settlement you deserve.